On August 23, 2022, Joe Mullins, a Bunnell resident, is facing a primary challenge from fellow Republican Leann Pennington, of Palm Coast, for his District 4 seat, which covers Bunnell and everything west of U.S. 1. The winner will face Independent, or no-party-affiliated, Jane Gentile Youd in the November 8 general election.

During this election, voters should focus on Commissioner Joe Mullins' ability to get things done.

Throughout her campaign, Ms. Pennington has been more focused on spreading lies about her competition than what she plans to accomplish if she were elected to office. Commissioner Mullins has never abused his authority or put his special interests above the citizens of Flagler County.

On the contrary, since 2018, Commissioner Joe Mullins has diligently served his constituents in District 4 and his efforts have had positive impacts throughout the entire Flagler County community. He has used his authority to not only help make Flagler County a safe place to live, shop and play, he has assembled numerous task forces and meetings to improve technology, infrastructure, and healthcare for residents and businesses.

Unlike Ms. Pennington who has no real experience as a politician, Commissioner Mullins has proven time and time again that he will deliver results and that he keeps his commitments to his constituents. He has a powerful family and team of people who support him daily to ensure he is able to meet the needs of the community. His network and relationships far out way anything Ms. Pennington could bring to the table if she were elected as Flagler County Commissioner. 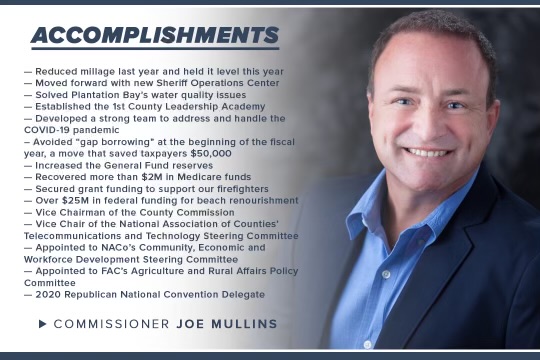 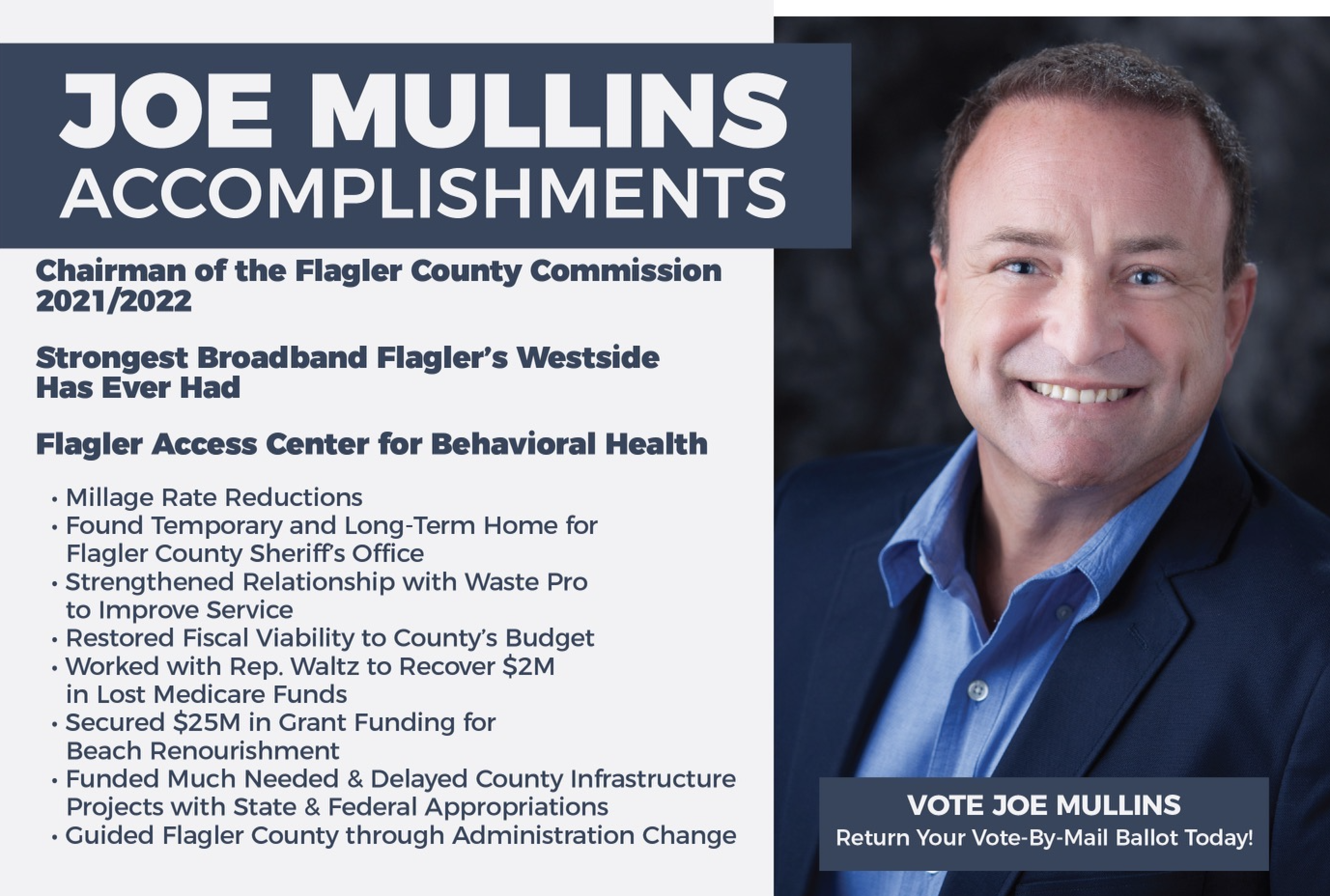 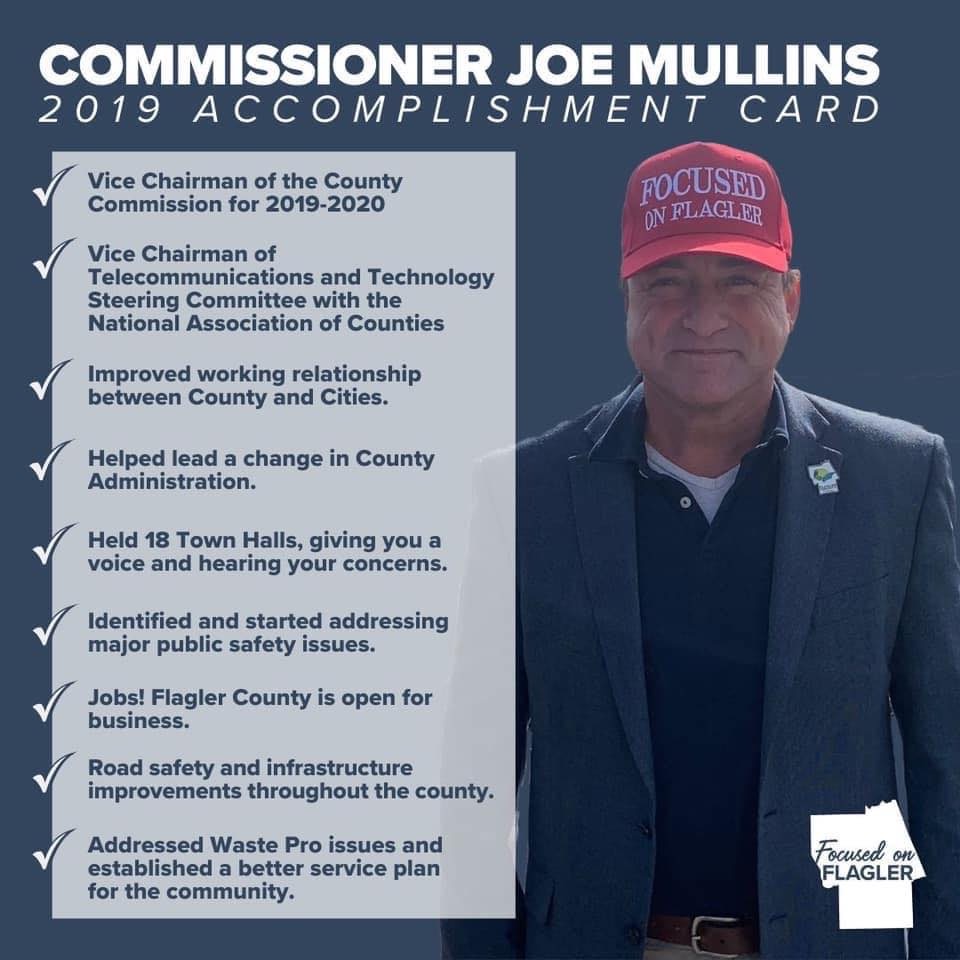